Increasing opus bitrate has no effect on CPU usage

This isn’t really a question, just an interesting observation I wanted to share with the community.

Our application is all audio based, so recently we decided to rollout an increase in opusMaxAverageBitrate to our users. As expected, our bandwidth increased significantly. I also expected there to be a similar increase in CPU usage, but there was none.

I had always assumed that the CPU usage was a function of payload size. But, apparently, the CPU usage is mostly producer/consumer book-keeping.

I found this interesting. I wonder what effect adding video streams into the mix would have on the CPU. I had always assumed video would be more CPU intensive than audio, but maybe not.

Here’s a 2 week chart of our bandwidth/CPU as we gradually rolled out the bitrate increase: 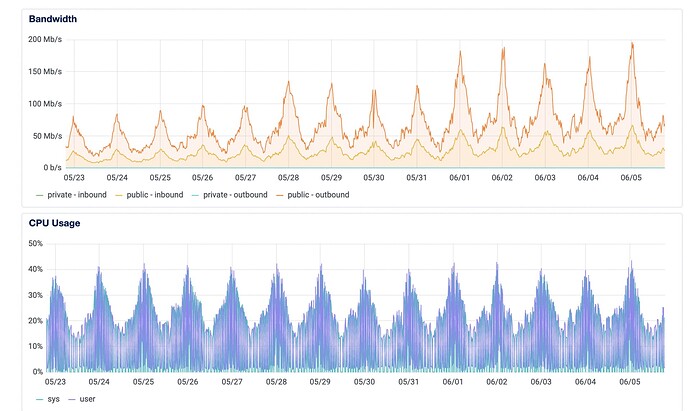